Earn Points When You Book & Play.

Enjoy Up To $20 Off Your Next DEAL Time!

Learn More
Continue as a Guest >

A Father’s Journey to Honor His Son
Don Petty invited our team into his life in March of 2018, and he treated us immediately as if he’d known us forever. His passion for his quest to play golf and catch a fish in every state in the continental United States bled through every conversation, every smiling picture and every mention of his late son, Jeff. We had to hear more, and when Don mentioned coming through Chicago before Father’s Day, we quickly arranged to treat him to a round of golf.

After many weeks of anticipation, we met Don in person on a Tuesday in state 47, five long summers into his quest to properly honor his son, Jeff, and his courageous battle with cancer. It was atypically cold for May, but Don’s hand was warm to the touch as he shook our hands and smiled brightly behind his signature, dark shades. The moment was comfortably nervous, and a step before the clubhouse, he turned and politely asked for a hug. We embraced like lifelong friends, for mourning knows no strangers.

“Cindy, meet my friends from TeeOff,” Don said proudly to the pro shop attendant before looking back to us. “Cindy has two daughters. I never had daughters, but you never know what the future holds.” We all shared a laugh. It was the first of many good jokes our 66-year old friend from San Diego would tell that day, and Cindy was the first of far too many people to count that Don made smile.

Don took us off the first tee with a mulligan-worthy drive and a chuckle. “It’s weird. The more I play on this trip, the worse I get. But this journey isn’t really about the golf.” Shot by shot, the conversation between us moved like a bounding golf ball down an undulated fairway. Don told us about the time he picked up a hitchhiker (the only thing his wife of 44 years, Ginger, asked him not to do), his attempt to sneak onto Augusta National and locking his car keys in his van in the middle of Amish country.

A big drive brought in a new conversation on swing speed, club technology and watching the TOUR on lazy Sunday afternoons. Then a missed putt rolled into Don telling us about playing golf with Jeff the year he was diagnosed with cancer, that serendipitous hole-in-one on the 17th hole and how he’ll never forget to write Jeff’s initials on every golf ball he ever hits.

The front nine blended quickly with the back, and as we left the 16th green and headed to the 17th tee box, our conversations gave way to the sound of a northwest wind. Our tee shots found the green of a tough par 3 over water. We murmured, “Good shot,” put foot to pedal, and finally, feet to green.

And then it happened.

Don removed his hat, walked towards the hole and lifted the pin. He took a small piece of Jeff’s UPS uniform out of his pocket, kneeled on one knee and placed it in the cup. The pictures we had seen of “The Ritual” did nothing to prepare us for the feelings of this moment. We stood there motionless.

In the bar after the round, Don came back to us. And us to him. And while no one spoke specifically about the sun coming out for the first time all day when Don knelt on the 17th green, or the way it tucked comfortably behind the clouds by the 18th tee box, the collective happiness in our eyes was all the evidence we needed to assure that it had indeed happened. And we suspect today, that our experience wasn’t the first time something magical happened for Don on his quest to travel around the country bringing the same joy to others that his son Jeff always brought to him.

A few days after our special meeting, Don Petty teed it up in his birth state of Nebraska and fittingly closed the loop on an incredible journey to play golf and fish in every state in the lower 48. Our team feels tremendously fortunate to have experienced a small portion of Don’s ride, and rest assured, that we’ll never play another 17th hole again without looking in the cup for a little piece of the Pettys. 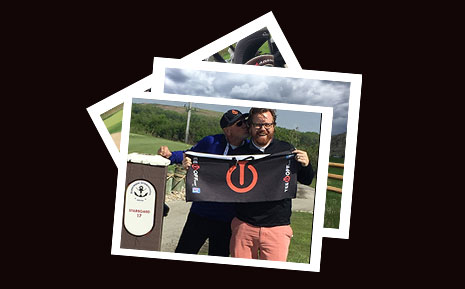 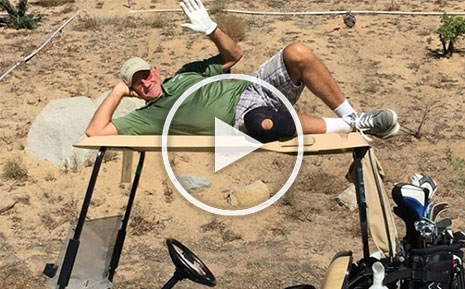